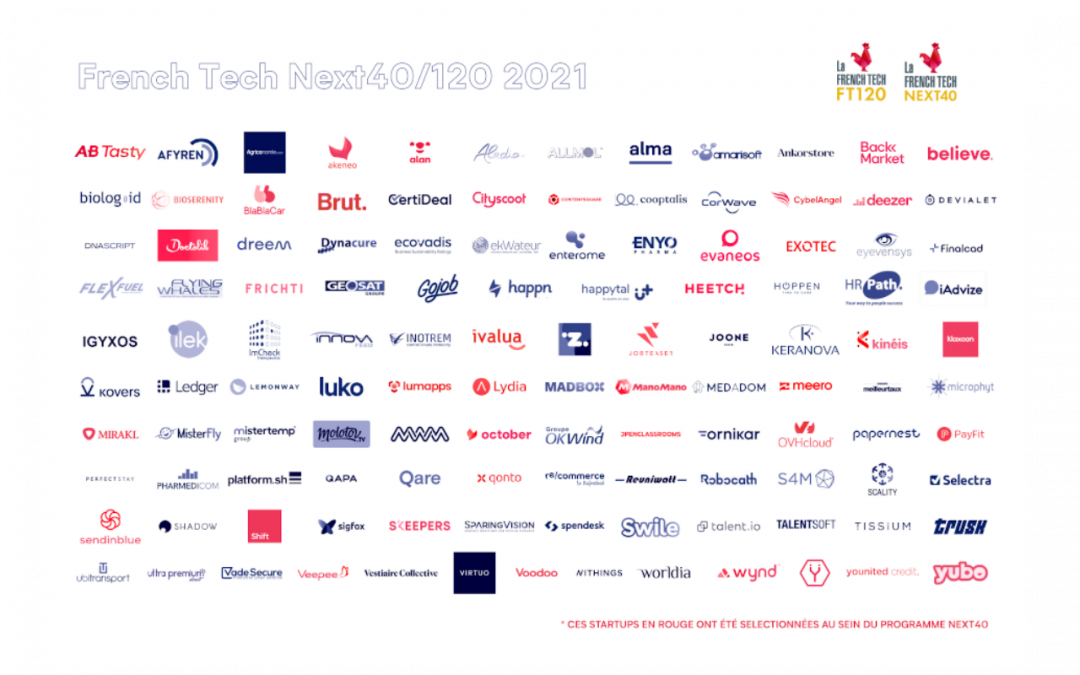 The French Ministry of Economy and Finance announced on Monday, February 8th the list of the most promising French Tech startups on the NEXT 40 and FT 120 indexes.

This program dedicated to fast-growing startups offers, beyond visibility and recognition, comprehensive support to those that have been selected based on their valuation or a fund-raising of more than €23M, and annual growth of more than 30%.

In addition to a greater presence of deeptech startups, these indexes see an increase in the number of represented regions (7 vs. 4 last year) and industrial companies (28%), two strategic factors that largely shape Supernova Invest’s historical investment thesis.

Pierre-Emmanuel Struyven, Chairman of Supernova Invest, commented: “The evolution of the indexes and their representativeness of the most innovative companies, both in terms of geographical location and industrial potential, confirms the relevance of our positioning. These startups embody the future of our economy. In the short and medium term, they will determine our technological and industrial sovereignty. We are therefore very pleased to see that six of our startups are symbolizing the momentum that the French deeptech sector is experiencing, and consequently the responsibility of their models, the sustainability of their approaches and the technological impact of their solutions“.

A world leader in the natural production of insect proteins and fertilizers, the company transforms insects into high value-added premium ingredients for pet food, fish farming and plant nutrition to meet the growing global demand for protein and plant consumption. Ÿnsect exploits breakthrough technologies protected by 260 patents from 30 families, enabling it to breed Molitor beetles in vertical farms with a negative carbon footprint. The first production unit in Dole (Jura) has been in operation since 2016 and the company is currently building a second unit, the largest vertical farm in the world, in Amiens (Somme). The company, which employs 150 employees, has raised approximately $435 million from recognized global investors, of which Supernova Invest is the sole French representative.

Owner of a patented LED (light-emitting diode) technology, Aledia’s solution was built on a 3D architecture from the Electronics and Information Technology Laboratory (LETI) of the CEA, a shareholder of Supernova Invest. The Grenoble-based company aims to revolutionize current market technologies by offering greater energy efficiency and brightness than the liquid crystals and OLEDs that currently make up displays. After having raised €38 million between 2010 and 2015 and mobilized €30 million in 2018, Aledia announced at the end of 2020 the closing of the first tranche of its €120 million financing, i.e. €80 million, intended to accelerate its development and prepare for the entry into production of its solution.

Founded in 2012, the Auvergne-based producer of biomolecules derived from the reuse of non-food biomass seeks to provide industry with an alternative to petroleum derivatives. Thanks to a scale-down approach (design of the plant to be traced back to laboratory work), its biosourced organic acids, produced by natural micro-organisms, aim to replace, for example, antibiotics in animal feed or preservatives in foodstuffs. In February 2019, Ayfren completed its second round of financing, raising €21 million to industrialize the production of organic acids. At the end of 2020, Ayfren announced the construction of its first plant in the Grand Est region, a biorefinery with the goal of zero waste and low carbon.

Keranova, a company based in St. Stephen, specializing in the development of surgical equipment in the field of ophthalmology, relies on a technology consisting of an ultra-fast multi-wave front laser designed to simplify cataract surgery, the world’s leading cause of blindness. Last September, Keranova completed its second round of financing at €24 million, with the aim of completing its regulatory process for CE marking, which will allow it to be marketed on the European market.

Pioneer of natural solutions derived from microalgae for the fields of nutrition and well-being, Microphyt has developed a patented process that solves the usual disadvantages of microalgae production. The company was born in the Hérault region of France and provides natural active ingredients in an industrial and standardized manner. Thus, thanks to a portfolio of 10 nutritional ingredients and 20 cosmetic functional ingredients, Microphyt contributes to improve the well-being of the elderly, to prevent certain metabolic disorders and to preserve the skin from various stresses. After raising €28.5 million in 2019 to strengthen its production tool and its workforce, Microphyt announced at the beginning of the year that it wanted to attack the American market.

Robocath designs, develops and markets innovative robotic solutions for the treatment of cardiovascular pathologies. A €40 million deal concluded in 2020 has accelerated the commercial deployment of its robotic assistance platform (R-One™) in high-potential geographical areas such as Asia and intensified the development of its second-generation robotics.