Green chemistry on an industrial scale: AFYREN starts construction of its first factory 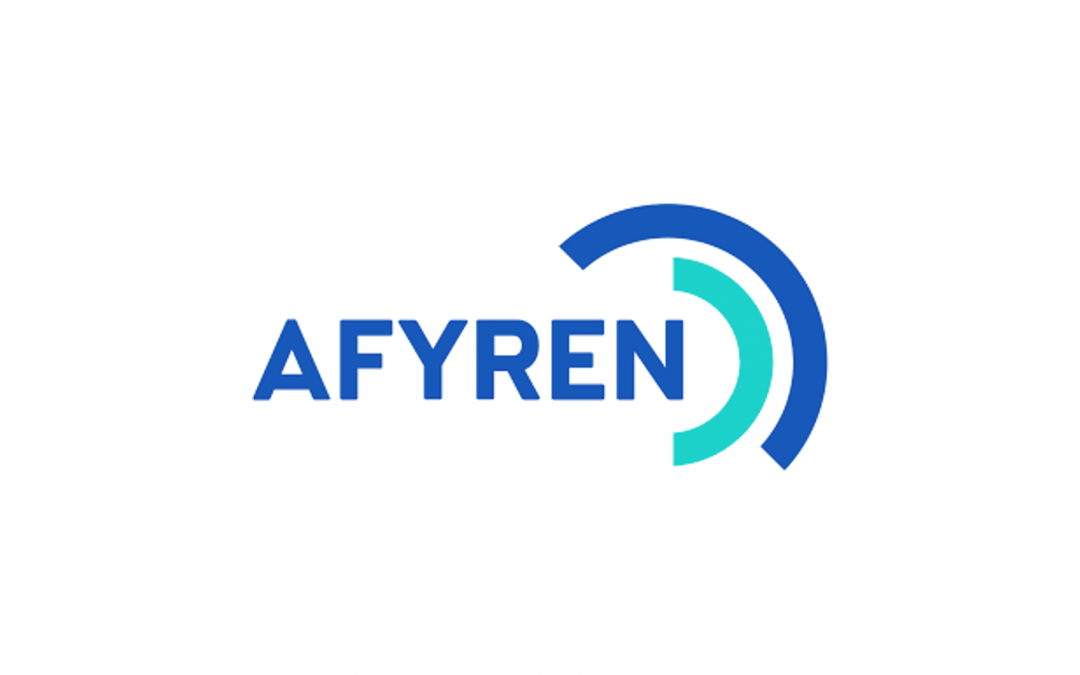 AFYREN, a biotechnology start-up that is a member of the French Tech 120, is making the leap to industrial-scale production as it begins construction of a zero-waste, low-carbon factory in France’s Grand Est region.

Responding to the growing desire to cut the use of oil derivatives, AFYREN provides organic acids by reusing non-food biomass. AFYREN’s process, which is patented worldwide, is firmly grounded in the circular economy, with fermentation technologies that “imitate nature”, using natural micro-organisms.
Afyren’s organic acids are used in the human and animal nutrition sectors, as well as cosmetics, perfumes, pharmaceuticals and fine chemicals. Today, AFYREN is announcing the start of construction of its first factory, AFYREN NEOXY, at the Chemesis industrial platform located in Carling – Saint-Avold, in France. The biorefinery will produce 16,000 tonnes of AFYREN’s family of seven 100% biobased organic acids in 2022, serving a global market that is worth 10 billion euros and is growing at around 5% annually.
Founded in 2012 and led by Nicolas Sordet and Jérémy Pessiot, AFYREN employs 30 people at its sites in Lyon, Clermont-Ferrand and Carling – Saint Avold. The company was selected in the French Tech 120 (the 120 most promising French start-ups) in January 2020 and received the “Efficient Solution” label from the Solar Impulse Foundation in November 2019.
Building this plant will help AFYREN prove that respect for the environment can be compatible with industry and represent an economically viable model.

AFYREN has raised more than 80 million euros in total funding from public and private sources.
AFYREN NEOXY, led by Jean Saint-Donat, is an industrial joint venture between AFYREN and Bpifrance’s SPI fund, which holds a 49% stake.
“Contributing to the reindustrialisation of French regions is the SPI Fund’s true mission,” said Magali Joessel, Director of the SPI-BPI Industrial Investment Division. “We are particularly proud to contribute to this project because not only does it respond to that challenge, but it does so with a new approach that shows that it is possible to combine high-performance industry and innovation with the protection of the environment and people”.
The project’s international scope is underscored by support from the European Union, with a 20 million euro subsidy via the European public-private partnership platform “Bio-based Industries Joint Undertaking” (BBI JU) for the AFTER-BIOCHEM1 project, which brings together key players in the European bioeconomy in an effort to develop European value chains that are sustainable, low-carbon and circular.
1 AFTERBIOCHEM (Anaerobic Fermentation & EsteRification of BIOmass for producing fine CHEMicals) received funding from the Bio Based Industries Joint Undertaking consortium within the framework of the European Union’s Horizon 2020 research and innovation programme under grant agreement no. 887432.
“Today we are celebrating the launch of a very important project for the region, for Europe and for the environment,” said Philippe Mengal, Executive Director of BBI JU. “With its circular and sustainable production process, AFTER-BIOCHEM will substantially reduce CO2 emissions, while diversifying the incomes of primary producers and creating new jobs.”
AFYREN was also able to count on Total, which provided operational support for the project through its Total Développement Régional (TDR) entity, facilitating the installation of the future plant on the Chemesis industrial platform.
“We are proud to welcome AFYREN to the CHEMESIS platform. This latest addition is further evidence of TOTAL’s commitment both to the industrial future of the Carling-Saint-Avold platform and to carbon neutrality,” said Isabelle Patrier, Total’s Regional Development Director. “This new project also confirms that the French renewable chemistry sector is dynamic, with the potential for innovation and the capacity for industrial-scale transition.”
The Grand Est region is investing 35 million euros per year over 5 years to become a European leader in the bioeconomy, further enhancing AFYREN NEOXY’s chances of transforming its innovative bio-economy project into a real industrial success, in France, Europe and the world.
AFYREN chose to establish itself in this strategic European location because of proximity to its suppliers and customers and to promote short supply chains for sustainable products.
“It is amazing to come to a region that has a real industrial tradition and culture, a pool of talent and skills — one that has developed a strong industrial development strategy, particularly in the bio-economy,” said Jean Saint-Donat, CEO of AFYREN NEOXY.

Benefits for the environment — and jobs

When production starts in 2022, AFYREN NEOXY’s positive impact will be twofold: on the environment and on employment in the region.
Environmental impact:
• The process divides the CO2 emissions by 3 compared with traditional production methods for carboxylic acids of fossil origin.
• By reusing agricultural waste, the factory will increase the economic and environmental sustainability of sugar beet, a key European crop.
• The plant is aiming for “zero industrial waste.” Its industrial process will not require external water consumption, and all by-products will be put to good use.
• Its location in the Grand Est region places it as close as possible to both supplies and customers.
Job creation:
• The installation of the plant on the Carling Saint-Avold chemical platform will contribute to the economic development of the Grand Est region. The creation of a competent and committed team will create nearly 60 direct jobs and up to 200 indirect jobs in the industrial and construction/engineering sectors.

Preparing to start production in 2022

AFYREN’s industrial team has been giving 100 percent to this project for almost two years. Today, things are really taking shape with the launching of the plant’s construction. Throughout the works, particular attention will be paid to integrating the factory into its environment in and around the platform.
“We made it! We got the operating permit, so we can start building the plant,” said Olivier Marquant, Plant Manager at AFYREN NEOXY. “Meeting deadlines was a major challenge, especially in the current context. I would like to take this opportunity to thank institutions like the DREAL, the prefecture and the environmental authority, which have remained heavily engaged in the examination of our case despite the health constraints.”
The next big steps are the completion of civil engineering works, the installation of the first pieces of equipment and the construction of the administrative building. Commissioning of the industrial unit is planned for early 2022.

A culture of operational excellence

The AFYREN group’s growth requires a structure that will underpin all its business lines and ensure maximum safety and quality from the start of site operations. The entire team is working to implement a culture of operational excellence that is on a par with that of major industrial groups, while maintaining the agility of a young company.
“The construction of the AFYREN NEOXY factory starts at the end of 2020. It is a first stone in the foundation of AFYREN’s industrial development. Our objective is to develop this unique biorefinery model to provide our customers and consumers with a greater volume of biobased solutions and to generate a real impact in high-growth markets. Our team, with humility and agility, is fully committed to serving our ambition for a responsible industry and a sustainable world”. — Nicolas Sordet, CEO of AFYREN
AFYREN wants to show that it is possible to develop an efficient and sustainable industry in our territories, to create jobs and provide competitive products that are made in France and Europe.
About AFYREN
To meet a growing need among industries to reduce the use of petroleum derivatives in their production chain, AFYREN makes biomolecules derived from the reuse of non-food biomass. These ingredients are widely used in human and animal nutrition, flavours and fragrances, cosmetics, and fine chemicals. This production of renewable carbon, which is firmly grounded in the circular economy, uses fermentation technologies that are the result of 10 years of research and are patented worldwide.
Founded in 2012 and led by Nicolas Sordet and Jérémy Pessiot, AFYREN has 30 employees at its sites in Lyon, Clermont-Ferrand and Carling – Saint Avold. AFYREN is a winner of the Concours Mondial d’Innovation 2030 in the “Plant proteins and plant chemistry” category and was included in the French Tech 120 in January 2020.
In 2018, AFYREN committed to its industrial project, creating a joint venture with Bpifrance’s SPI fund: AFYREN NEOXY. AFYREN NEOXY is dedicated to the first industrial production of AFYREN natural organic acids in the Grand Est region.
Find out more on afyren.com